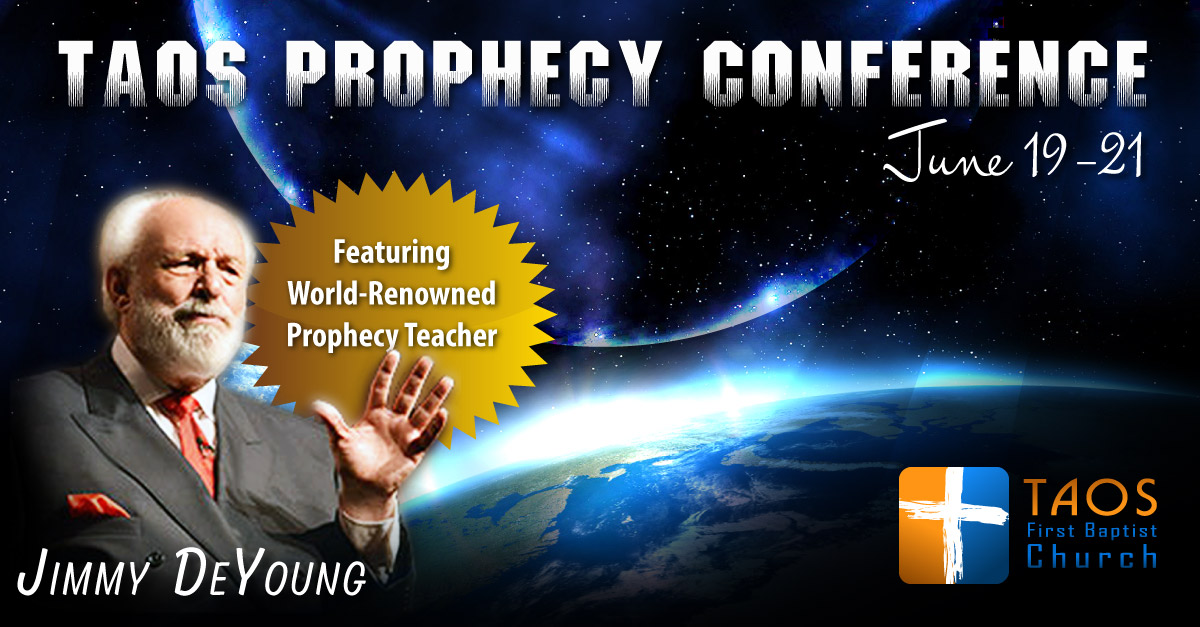 Taos First Baptist Church will host the Taos Prophecy Conference June 19-21, 2016. You can join us from anywhere in the world, live and online!

The conference will feature world-renowned prophecy teacher, Dr. Jimmy DeYoung. Jimmy DeYoung is a prophecy teacher and journalist who travels the country and the world educating the Body of Christ of the future events foretold in God’s prophetic Word. His goal is to equip Christians with the knowledge and understanding of what God’s Word says will happen someday soon, so that they can make better decisions today.

The conference will be filled with Biblical information about the future, presented by the riveting style  of Jimmy DeYoung. Each session is free, and anyone is welcome. 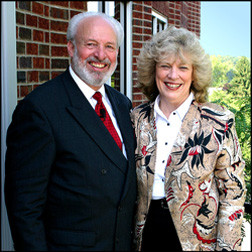 Dr. Jimmy DeYoung has resided in Jerusalem for at least a portion of the year each year for the last 23 years where he held full credentials as a journalist in the second most populated journalistic city in the world. Arriving there just 3 days prior to the Gulf Crisis in 1991, he weathered 39 Scud attacks. Jimmy gave reports nationwide on several networks during the Gulf Crisis. He has his finger on the pulse of what is considered the media “hot spot” of our time, the Middle East. On his travels throughout the US and around the world, Jimmy brings with him the latest news from out of the Middle East with a unique blend of political, biblical, and prophetic insight that can not be found in the media today.

After graduating from Tennessee Temple University in Chattanooga, TN, Jimmy joined with Jack Wyrtzen and Harry Bollback at Word of Life Fellowship in Schroon Lake, NY. There he spent the next twelve years in many staff positions including staff evangelist, host of Word of Life Inn, and producer of radio programs heard worldwide.

For the next 5 years Jimmy was the Vice-President and General Manager of New York City’s first Christian radio station, WNYM. During his time at the station, Jimmy was the producer and host of a daily talk program in the #1 media market in America.

Upon first arriving in Israel, moved by the plight of the Israeli people and by the spirit of God, Dr. DeYoung founded the Assembly at Jerusalem, a Bible preaching church that meets in the Jerusalem. Today, Jimmy travels the world proclaiming the good news of Christ’s gift of eternal life and soon coming return for His Church, using the means of media, radio, television, books, and the internet, as well as by preaching in Churches and assemblies around the world. 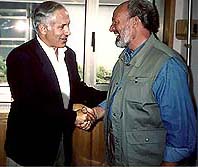 Jimmy is a noted conference speaker in the United States, Europe, and South America, and he devotes several months out of each year to this conference schedule. He has authored the best-selling book, “Sound The Trumpets”, produced a number of audio and video materials, including his best seller, “Ready To Rebuild”, a documentary on the building of the Third Temple. Jimmy continues to monitor the most current events as they unfold in the Middle East and compares these current events to the prophetic truth of God’s Word.